Over the past few years, Green Candle has become increasingly involved in dance and music projects specifically for people living with different stages of dementia.

Although for many years the company has worked with groups of older people, some of whom were living with dementia, it is now often called upon to work with groups all of whom have some degree of dementia.

Our work to date has included: 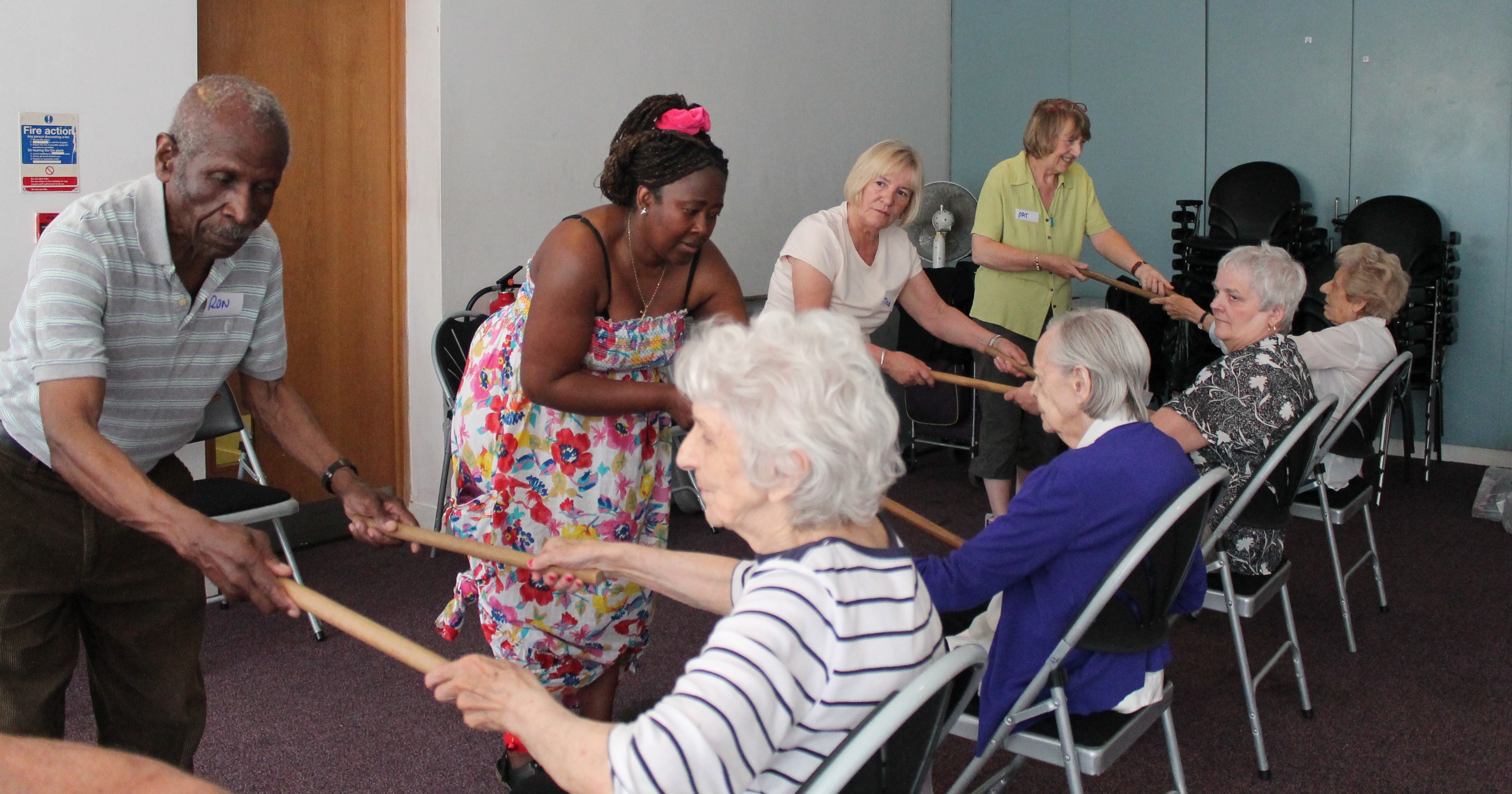 Update – January 2020: We have received a small grant from Tower Hamlets to resume the Remember to Dance sessions for this term, starting Friday 24th January 2020, please get in touch if you would like to come along.

We are also crowdfunding so we can continue Remember to Dance beyond this term.   If you would like to support the campaign by pledging a donation, you can donate here

WHAT? Dance sessions with live music for people living with early stage dementia and their carers.
WHEN? Every Friday 10.30am – 12.00pm
WHO? Open to all abilities, including those who need to remain seated.
WHERE? The Dance Studio at Oxford House, Derbyshire Street, E2 6HG
HOW MUCH? Free
HOW TO JOIN? To register contact Fergus Early on 0207 739 7722 or 07812 024129

Find out more about the benefits of Remember to Dance by reading the summary  or full report of the two year research by Sidney de Haan Research Centre for Arts and Health, watch the clip below to get an insight into the programme or see the video report on the BBC  News Health website.