1997 - Autumn saw a historical benchmark for the company as it celebrated its 10th ... 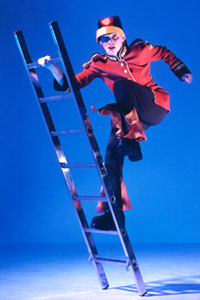 Autumn saw a historical benchmark for the company as it celebrated its 10th anniversary. To mark a decade of bringing dance to audiences around the country, the company embarked on a national tour of two children’s shows for the under 12’s.

A newly commissioned show, The Very Best Friend (for 3-7 year olds) toured alongside the popular environmental piece, Alanna and the Tree (for 7-12 year olds). The Very Best Friend looked at the place of technology in society, exploring one person’s dilemma when his beloved computer breaks down and he has to turn to people for help. The tour was a sell out and, once again, proved the value of work for this age group.